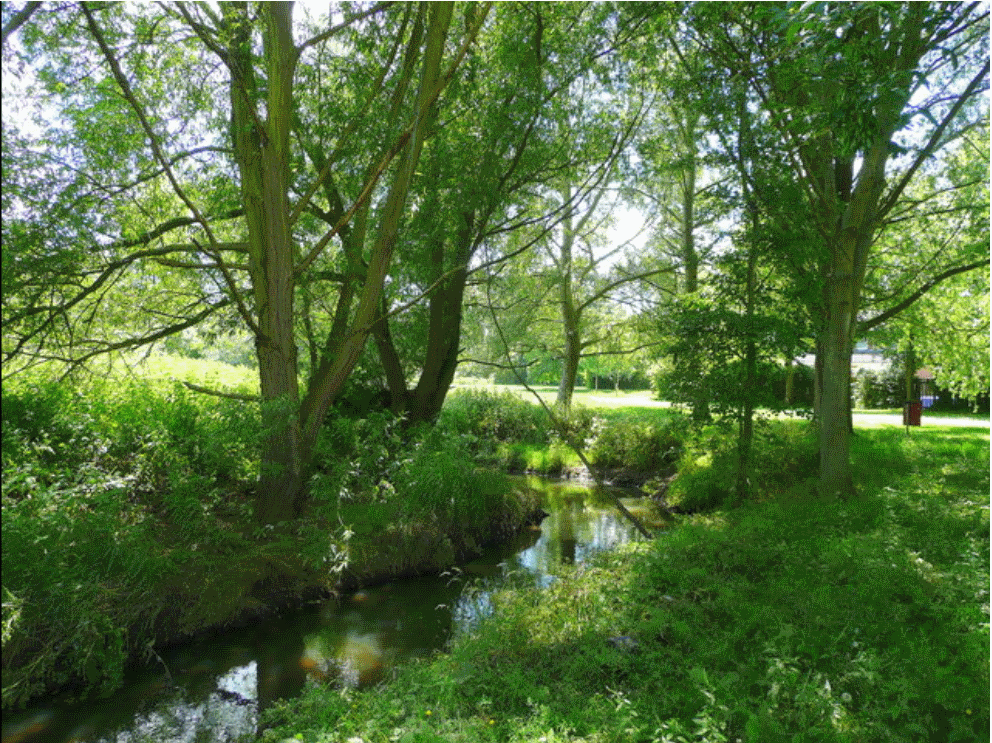 The aim of the Founders was to provide a Lodge particularly for those residing in the area who were members of London Lodges. The name is taken from the district of Wokingham and derives from the stream which meanders through the area.

The Lodge emblem is intended to convey an image of its rural features in such a way as may be translated and understood in the symbolic language of Freemasonry. The double circle represents an enclosure or boundary mark and being a continuous line is symbolic of the bond of friendship and the need for each member to remain in due bounds. The haystack on stone pillars indicates prudence, whilst the corn and water indicate plenty. The Irish Water Spaniel watching the startled wildfowl is an extract of the sign of the Dog and Duck Inn where the idea of forming the Lodge was first born. The seven stars allude to the canopy of Freemasonry universal. The motto, ” Sic Luceat Lux Vestra” translates “So may thy light shine”.

We meet on the second Tuesday in January, March, May, September and November.

Theme by Anders Noren — Up ↑